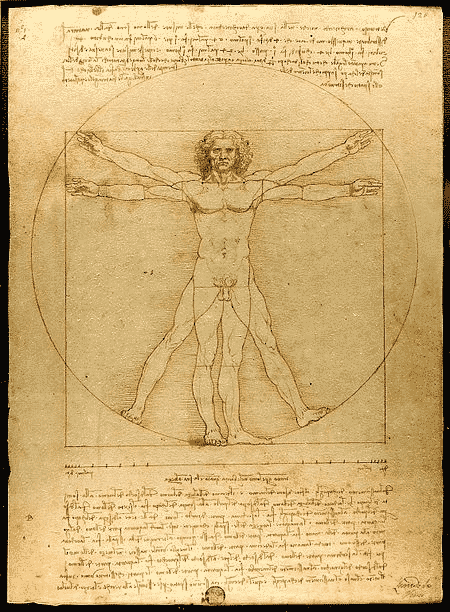 On June 8th, Artfront Galleries hosted an Artist Talk as part of the Strategic Artist series delivered by local artist Ian Costello.   The title was Fractal Geometry in Landscape Painting.  Yeah.  It sounds intimidating.  It included references to Alan Watson (philosopher), Da Vinci (Vitruvian Man), Mandelbrot (mathematician who proposed the “Mandelbrot Set”) and more.  His canvases are dark, intellectually intense but, simply beautiful to see. Ian’s landscapes are based on  the mathematical expression “fi”, an ethereal number, as opposed to is “pi”.  Fi  is more expressive of the symmetrical patterns we don’t consciously recognize as in architecture, a tiger stripes or, our own physiognomy. It is expressed as. “the rule of thirds” ,  the “golden mean,” and the “golden spiral”.  It is demonstrated in Da Vinci drawing “Vitruvian Man,” even though Da Vinci had to do a visual cheat to make it look like he wanted it to.

Our next Artists Talk will be by Patricia Reynolds on Thursday, June 15, 2017 at 372 Broad Street Newark.  More details will follow in a separate blog.